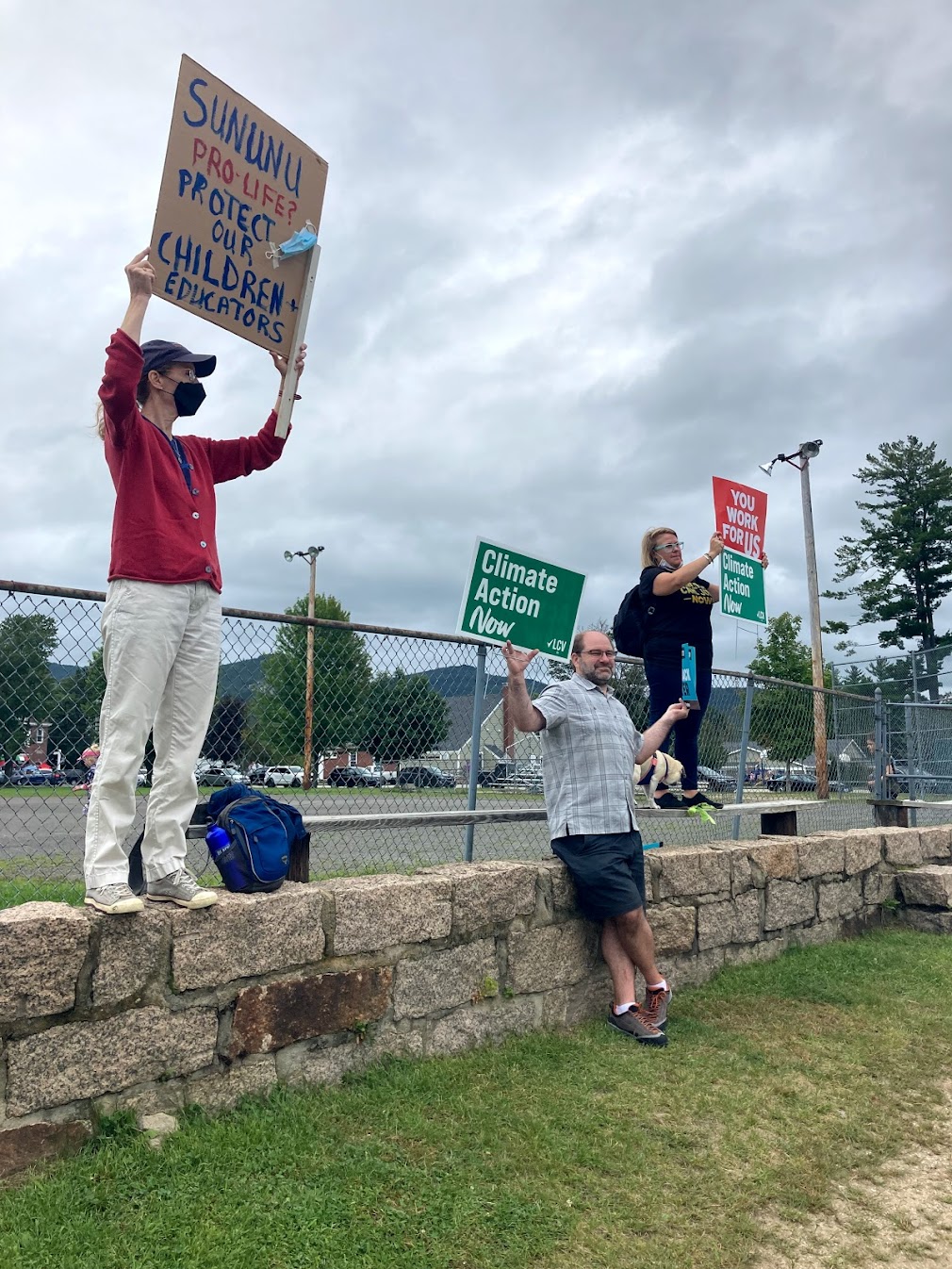 Dana Hackett, Nancy Sheridan, and RAD Statewide Campaigns organizer Kevin Pentz kept up the pressure at a protest along Gov. Sununu’s 603 Super Tour after he signed the most oppressive state budget in NH history this summer.

RAD in the Media

More from the We Will Not Be Silent Rally in support of our protestors arrested at the State House.

Asma Elhuni led a rally calling on Gov. Sununu to welcome Afghan refugees to New Hampshire after the evacuation crisis in Kabul.

In Case You
Missed It… 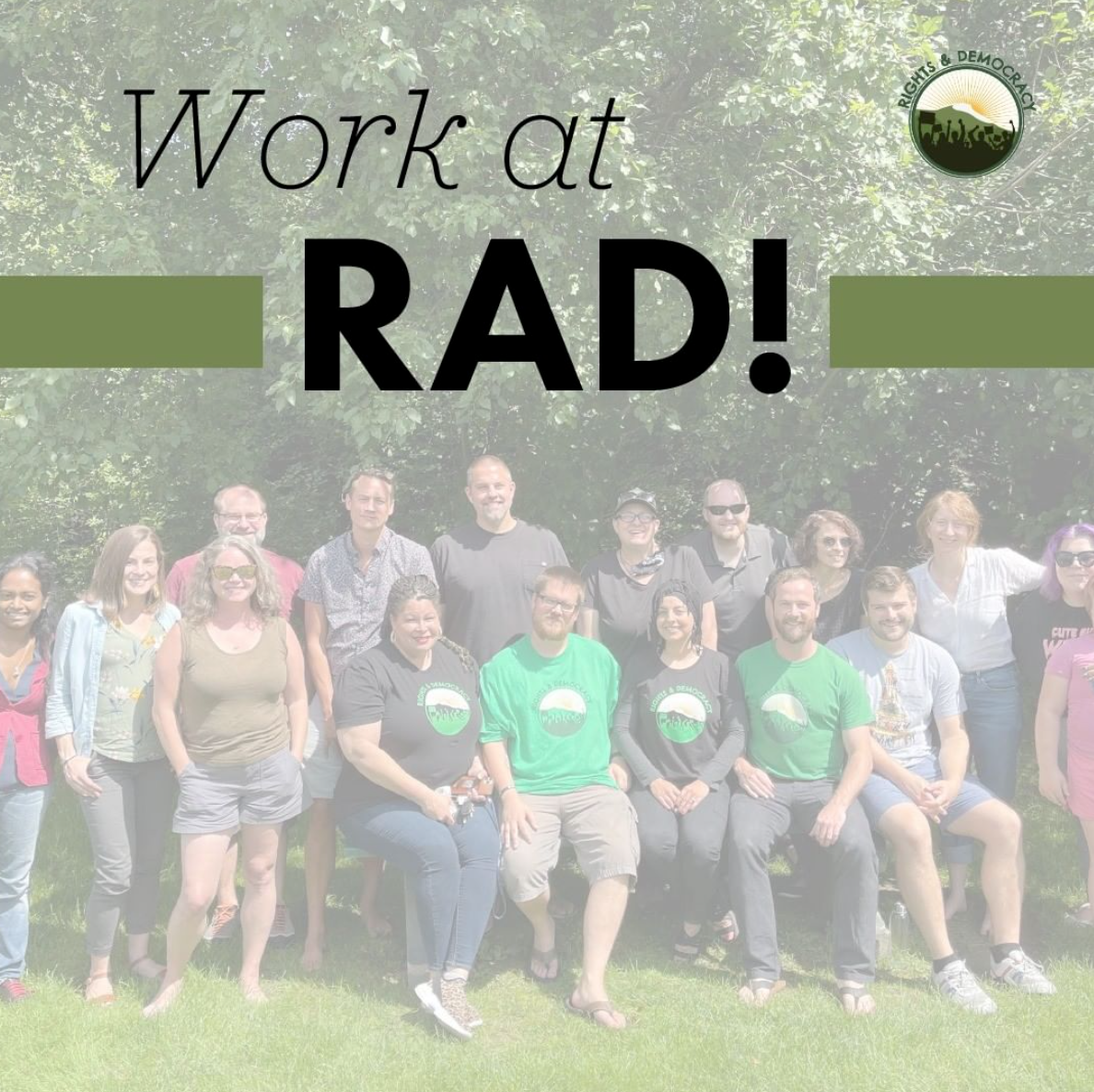 Our movement is growing! Learn more about all of our openings. 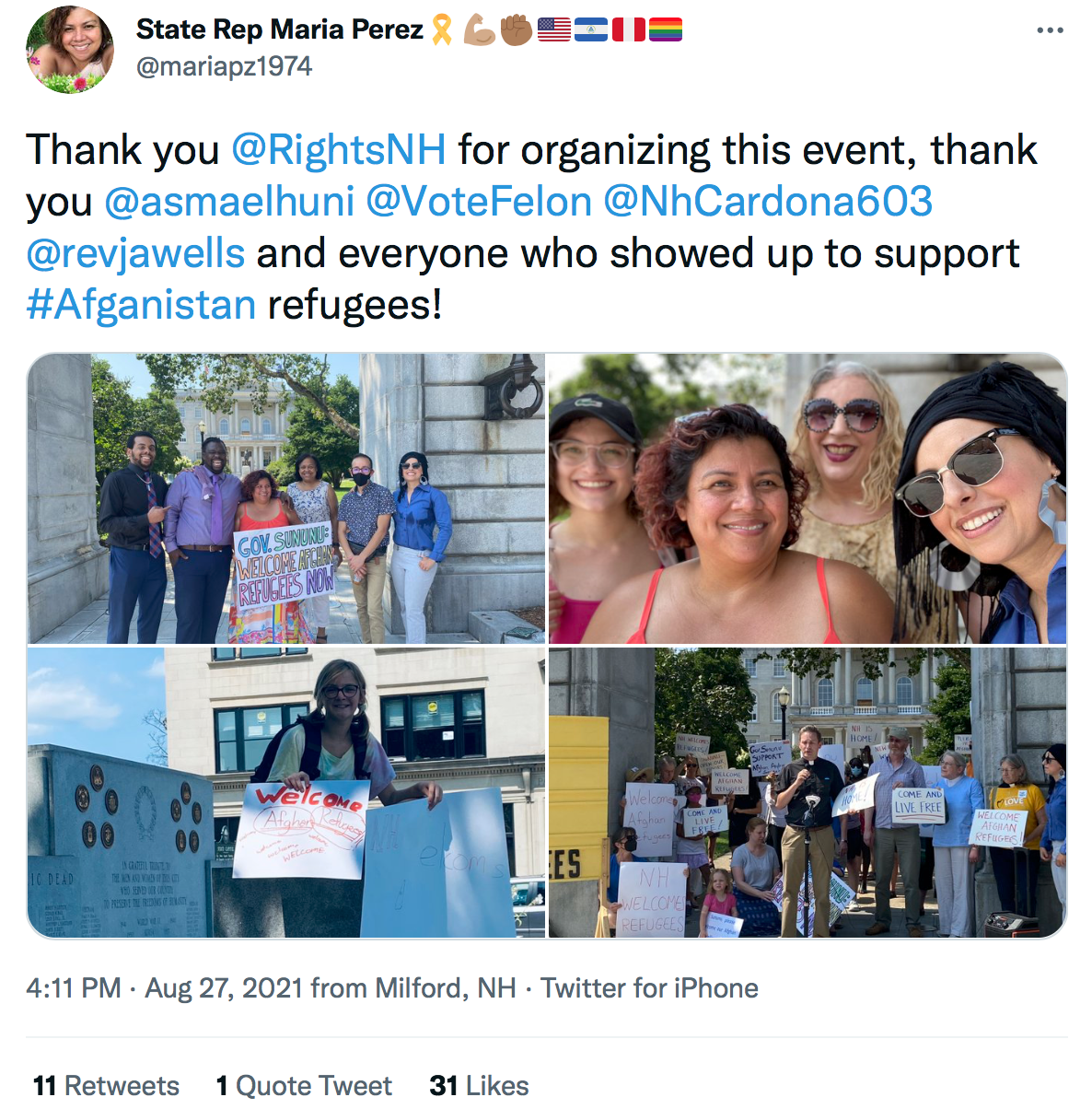 State Rep. and RAD Leader Maria Perez at our rally at the State House for Afghan refugees 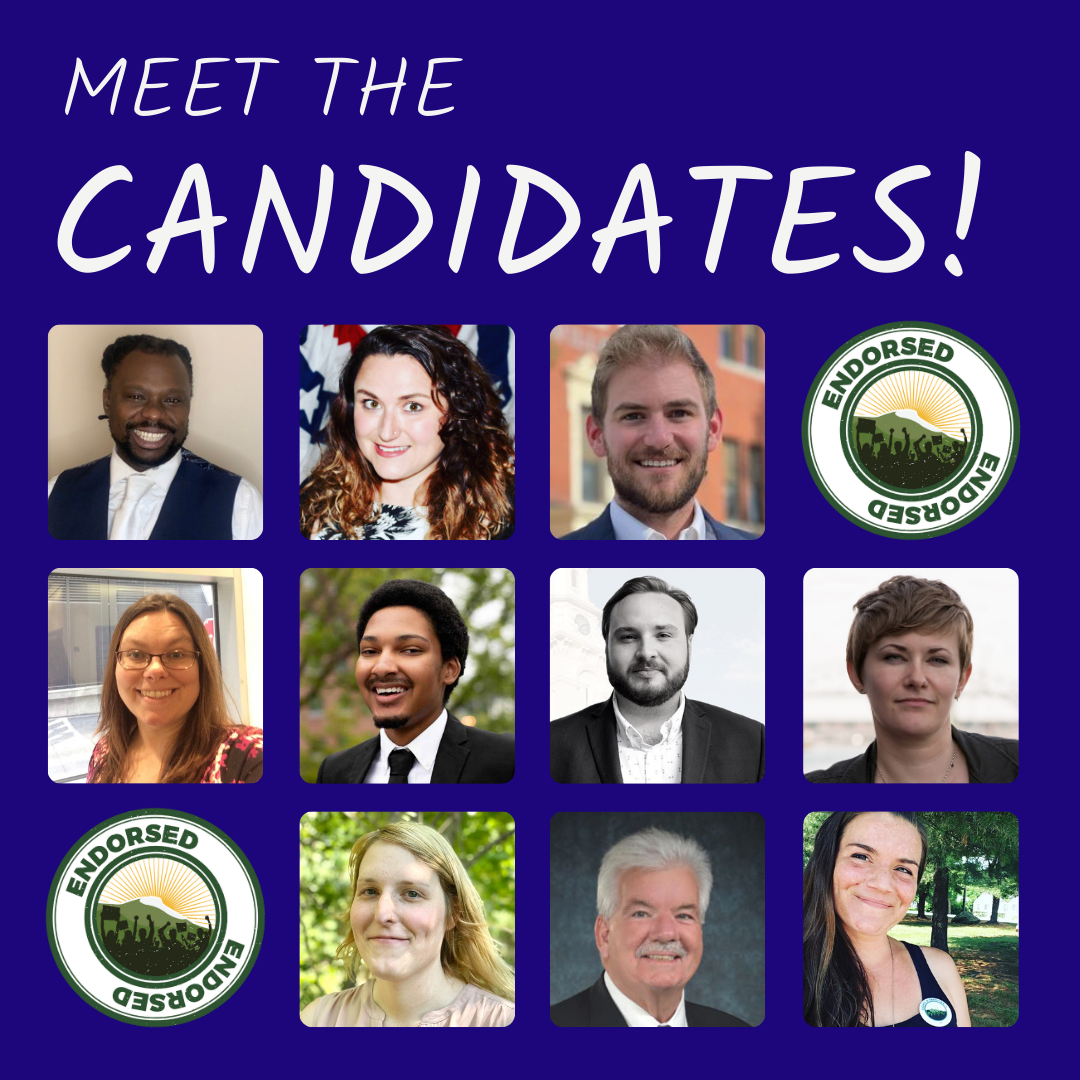 I hope the final days summer have given all of you a chance to recharge. As one RAD staff member put it, August “has been like Friday afternoon for a whole month.” So rested and restored, we shake off summer and step into September, gearing up for a busy fall.

There is a lot happening and a lot yet to be decided, which means we have our work cut out for us. At the federal level, we have an opportunity to pass the one of the boldest and most transformative pieces of legislation in a generation. In August, we came out for #SealTheDeal rallies in Vermont and New Hampshire as part of a nationwide campaign calling on members of Congress to back the climate and care infrastructure bill. As Congress works its way through the reconciliation process, you can be sure we will have plenty of ways for you to get involved, so stay tuned for updates.

Here in New Hampshire, we have our sights on November’s municipal elections across the state. Last month we announced our slate of early endorsed candidates – our tried-and-true movement champions – and we held our first round of endorsement votes, in which RAD members selected who we should endorse in Manchester’s upcoming races. A second round of municipal election endorsement voting will happen later this month, so become a member of RAD today and make your voice heard.

As many of you may know, this Labor Day marks the sixth anniversary of RAD’s public launch. Back in 2015, we never imagined how far we would come and how much we would grow. We want to thank all of you – from those who have been there since the beginning to our newest members and supporters. We could not have done it without you, and we look forward to the next phase of our journey together. In preparation for our next transition and the work that lies ahead, we are hiring! We would love for you or someone you know to join our exciting, dedicated and powerful team – we invite you to share widely!

In August, we kicked off our fall endorsement cycle for up-and-coming candidates across New Hampshire. We announced our early endorsed candidates – those who are demonstrated movement champions – in late August followed by a slate of RAD member-selected candidates in the upcoming Manchester municipal races. Read more about these exciting candidates and how you can support them here.

This movement co-governance process is made possible by the robust participation of our members, so if you are not a member yet, please consider joining our movement today and make your voice heard. Current members – keep an eye on your inboxes as more endorsement rounds are announced!

Last week we joined with thousands of people across the country for #SealTheDeal rallies, coordinated by the Green New Deal National Network, calling on our Members of Congress to #SealtheDeal and pass the biggest and boldest climate and care infrastructure bill in history. We are grateful Senator Sanders’s leadership and efforts in getting this legislation passed in the Senate  – and we’re expecting our members of Congress in New Hampshire to do the same.

This September 6, we are recognizing the labor of those who have carried us through the difficult times of the pandemic. Immigrants, care workers, and women make up the majority of what is now called “essential workers” – workers who assumed great personal risk to keep our communities, economy, and our state running, yet who experience discrimination because of immigration status, gender, and race, and continue to be paid poverty wages.

Join us along with other activists, community leaders, and organizations for a rally and march as we take our demands right to Senator Hassan and Shaheen’s offices on Labor Day.

In August, we had the deep pleasure of adding an amazing new person to the RAD staff – Kirthana Vallesi joins us as RAD’s new Operations Director!

Kirthana has lived all over the world, including Haiti for a couple years. In light of the recent earthquakes, we’re asking everyone to consider supporting two fundraisers for local community members and friends of hers where she used to live; one for a local PT clinic (the only one in the south of the country) and another for locals directing relief to the most impacted families on the ground.

September 14, 2022
We are fired up by the results of New Hampshire's September 13th Primary! Of RAD's endorsed candidates with...

Looking to get involved this week? We’ve got you covered!